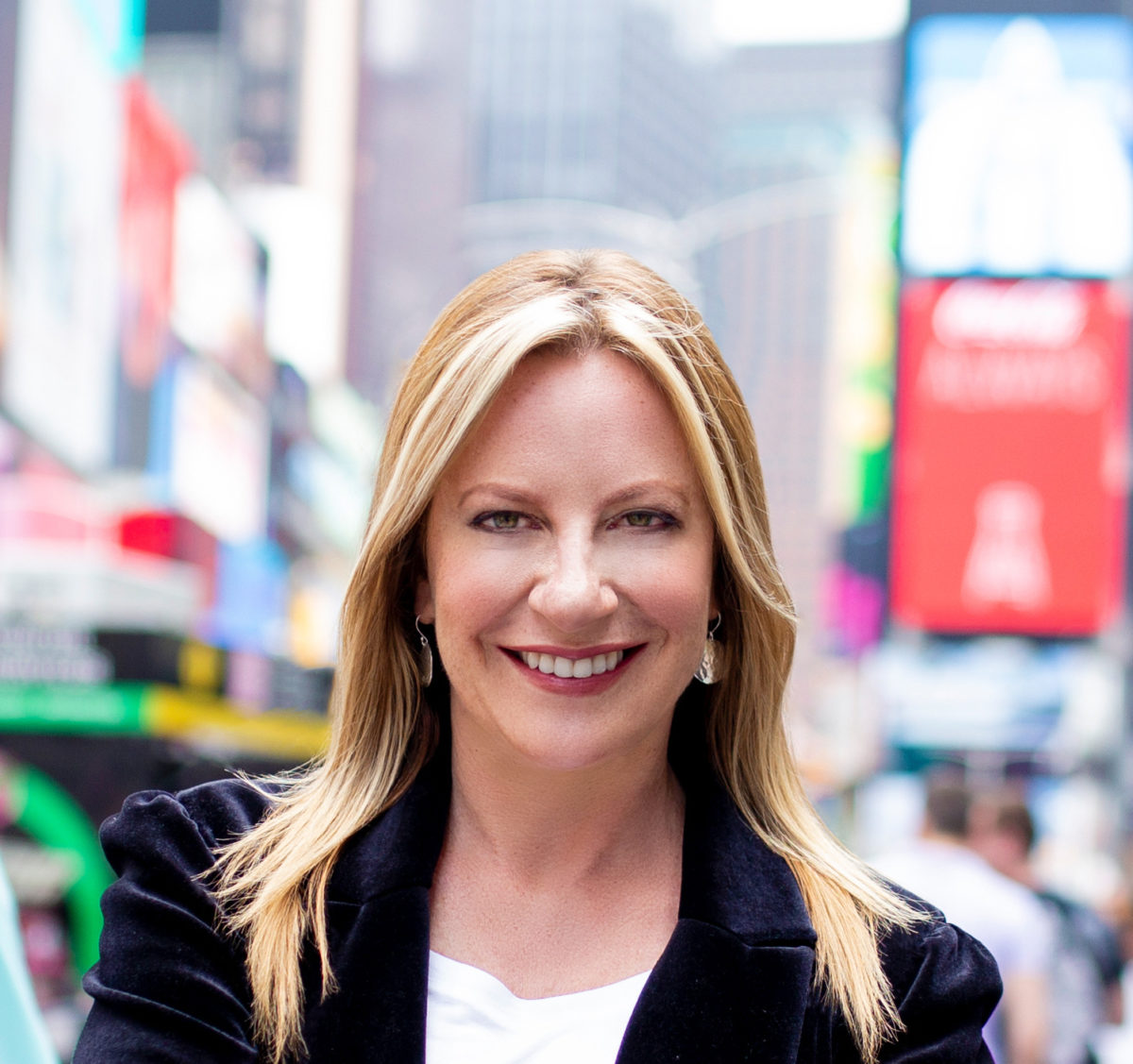 Dr. Michelle is an expert on leadership & personal and professional growth, author of three books, TEDx presenter, writer for the Huffington Post and has been featured on NBC, ABC, CNN, FOX News, The NY Times, Yahoo News and many more media outlets. Dr. Michelle Rozen is a much sought after motivational speaker, trusted to speak life-changing, thought leading and highly interactive keynotes that inspire growth, motivation, leadership and change management.

Dr. Michelle Rozen holds a PhD in Conflict Analysis and Resolution and a Masters in Psychotherapy. She specializes in human interaction and loves people and interpersonal dynamics. She and her husband of 22 years have three children. She lives in the NYC area, and holds an office is midtown NYC. 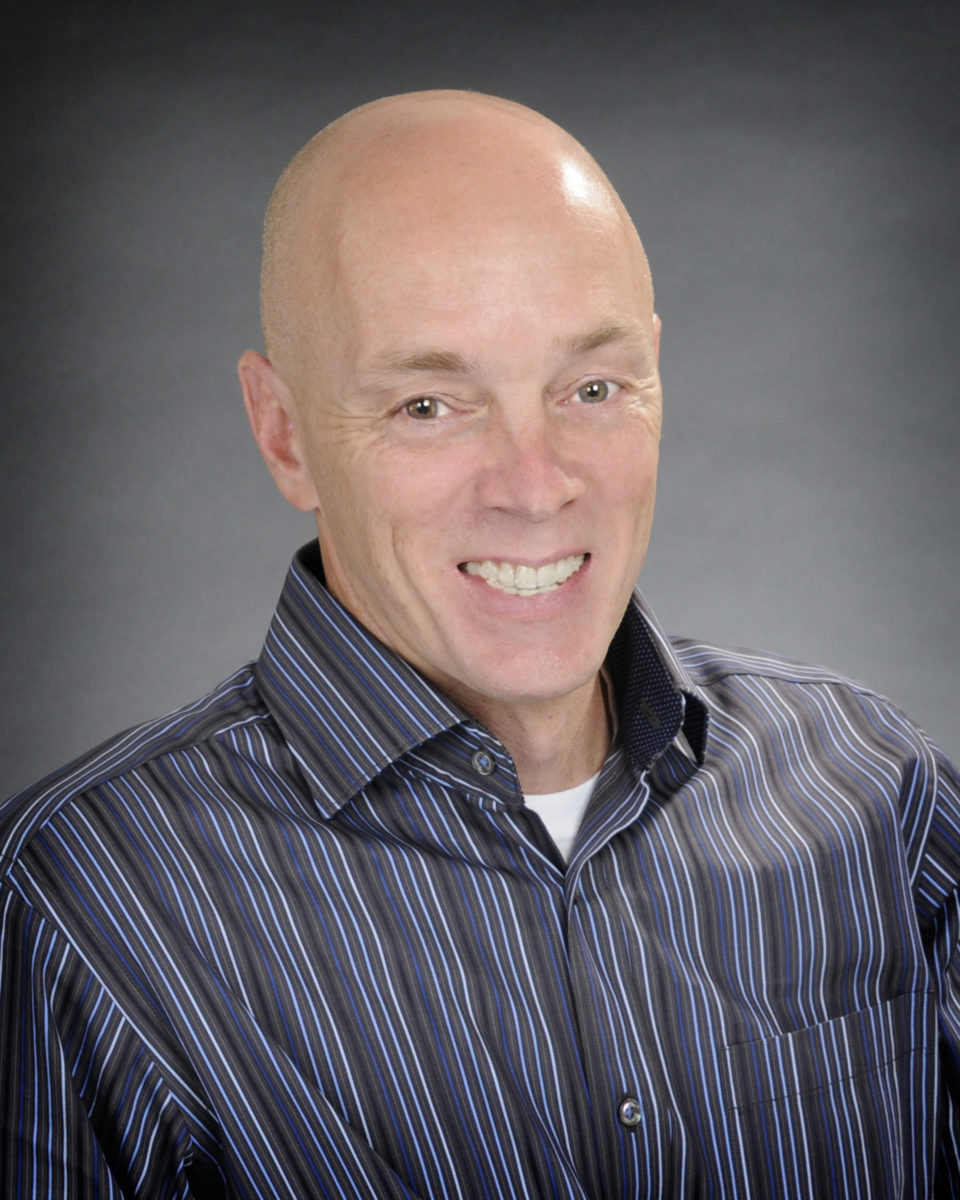 Richard Grosvenor, an Atlanta Georgia native, founded Speedy Recovery Services, Inc. in 1995. At a young age he had an affinity for the automobile industry and he got his first job as a parts runner for a local mechanic shop. His passion grew from there and by the early eighty’s he was building racecars for Specialty Fiberglass. Richard transitioned into the paint and body industry for several years until he was asked by a friend to assist in recovering vehicles for local car dealerships on the nights and weekends. He realized at that time that he had a unique resourcefulness for locating customer’s collateral and he began his venture in owning his own recovery agency. Richard went on to grow a single truck operation into the only legitimate, statewide full-service repossession company in Georgia. Throughout his career as the owner of Speedy Recovery Services, Inc. he has aspired to set a standard of excellence in the recovery industry in both customer service and compliance. With honesty and integrity being core foundations for his company, Richard has built longstanding relationships with his clients. He has been a member of ARA for many years and this October Richard was inducted into the Eagle XX Group.; through these member associations he continues to advocate for and assist his fellow repossession agency owners across the nation. Looking toward the future, Richard strives to be on the forefront of utilizing new technologies developed within the industry and he will continue to be the model agency for compliance. 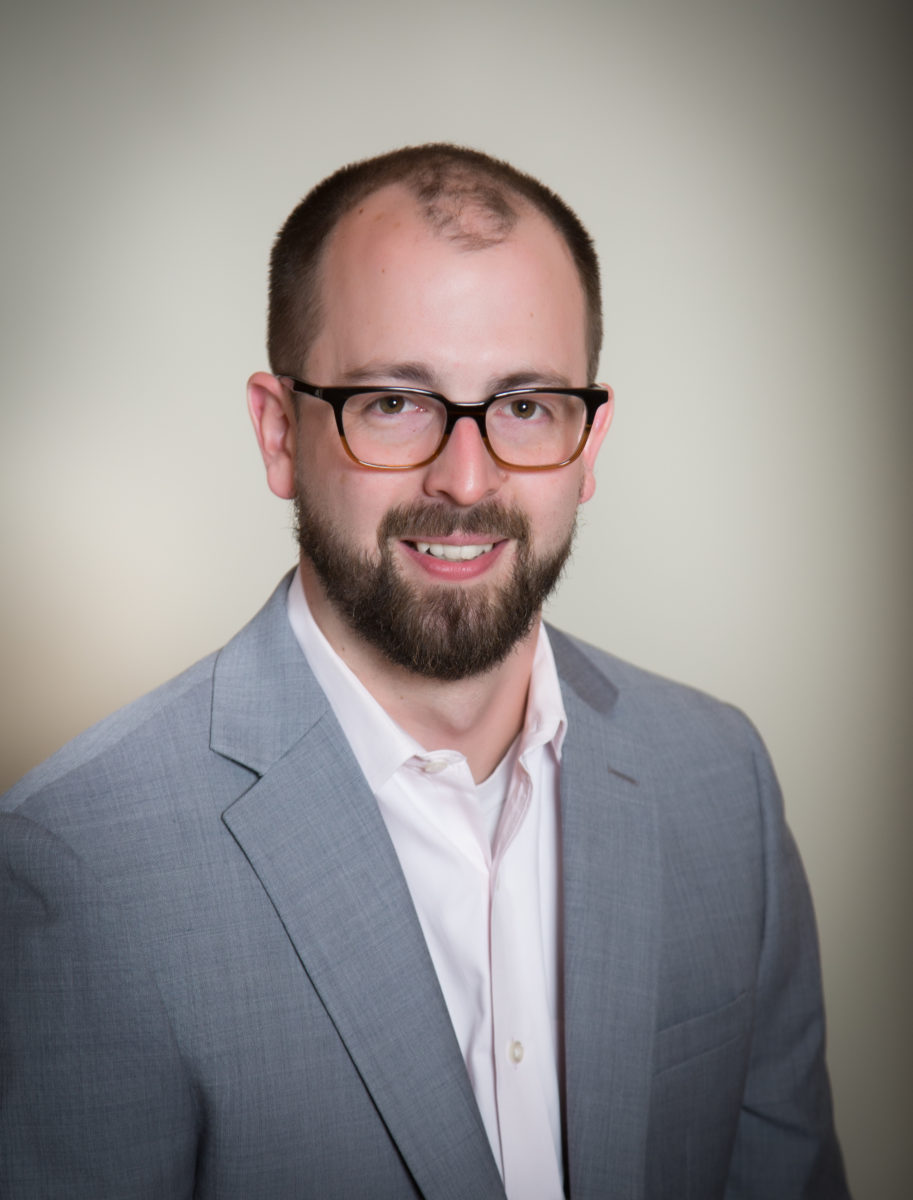 With a passion for analyzing business statistics to propel his company to the next level, Andy Sinclair currently works as the Vice President at International Recovery Systems.  In this role, Andy contributes to the strategic business development of the company as well as maximizing the company’s operating performance.  Prior to coming on-board with IRS in 2016, Andy held various surveillance roles including the Surveillance Supervisor position at a casino as well as private investigations firms. He holds a Criminal Justice degree from Wilmington University and recently received his Master’s in Business Intelligence and Analytics from Saint Joseph’s University in May 2020. Andy is also a part of the adjunct faculty at local universities teaching at the graduate and undergraduate levels in business analytics and decision and system sciences.  Andy resides in Lincoln University, PA with his wife and dog and can commonly be found at various Philadelphia sporting events when he is not at work. 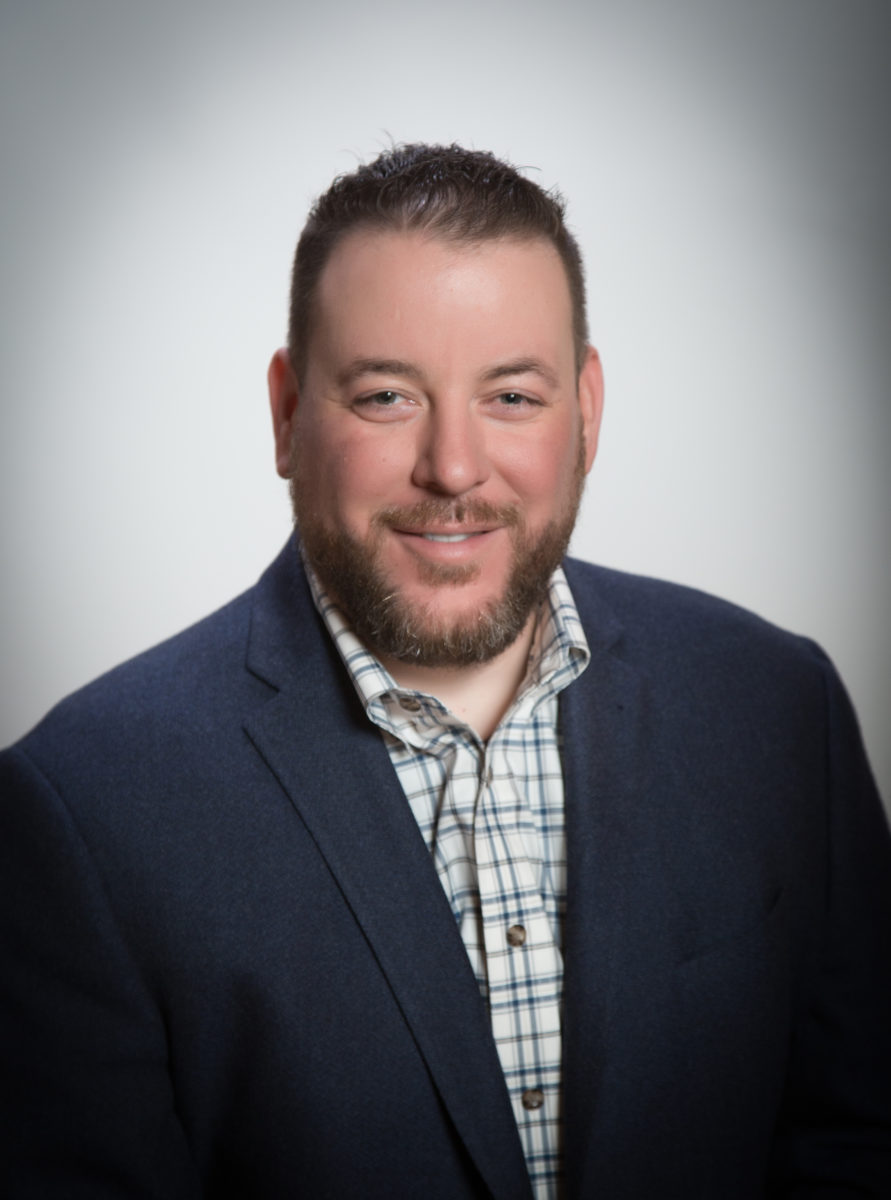 Jeremy Cross started his journey in the repossession business over 12 years ago when he acquired Pennsylvania based company, International Recovery Systems (I.R.S.). Prior to giving into his urge to become an entrepreneur, Jeremy worked as a Private Investigator for various firms over a span of 8 years, while also serving in the United States Army.  Many of Jeremy’s associates and clients would describe him as a charismatic leader who enjoys mentoring his peers and collaborating with others to propel I.R.S. to the next level of growth.  Even though his work seems endless, Jeremy enjoys spending his free time with his wife, two children, and two bulldogs, or cheering on the Philadelphia Eagles at every home game in Lincoln Financial Field.

Brennen is 36 years old, married for 13 years and has 3 beautiful children aged 7 and 12 (twins). He is originally from Los Angeles and moved to Florida when he was 18. At 18, he was able to secure an inside sales position at a company called Seisint and sold a database called Accurint that is used to locate people .Brennen worked there for 5 years before he was introduced to the repossession side of the business. He had a friend that took him on his first repossession back in 2006 where he immediately fell in love with the business. It wasn’t long before that he took a 2nd mortgage on his house and started RRA in 2007. RRA has now been operating for 12 years. They went from a single man operation to Employing over 90 people with a fleet of 38 vehicles and 5 offices across the state of FL. They are headquartered in Hollywood and have offices in Tampa, Orlando, Jacksonville, and Fort Pierce 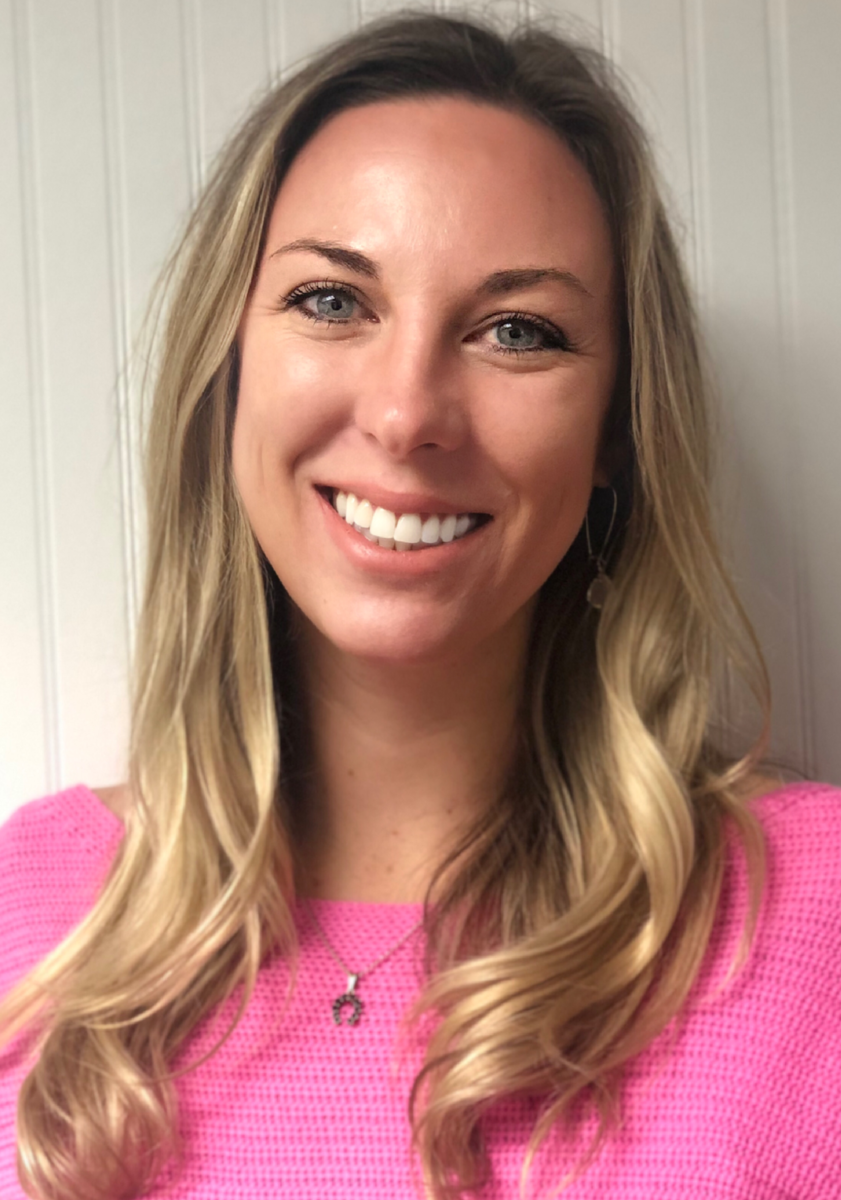 Emily is the President of S.C.A.R., Inc. Emily was born in Dallas, TX but where she calls home is San Antonio, TX. She attended and graduated from Southwest Texas State University with a BA in Business Management.  After graduating she returned to San Antonio to begin looking for that perfect job. She worked around in different businesses sales departments from Plumbing to metal roof manufacturing until she decided to work for the family business in 2009. Emily is now President of her family’s Asset Recovery business and services the Dallas, Fort Worth, and South Texas Markets.

She joined the American Recovery Association in 2011, and within her first year Emily became a member of the Member Benefits committee and have been involved in ARA industry activities since then.

In her free time, you will most likely find her volunteering as the Vice Chairman of the Craft Beer and Wine Garden Committee for the San Antonio Stock Show and Rodeo, on Lake LBJ doing watersports and soaking in the sun, and antique shopping to find hidden treasures that can be re-purposed through DIY projects. 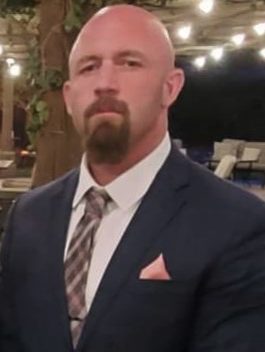 Education Series: How To Grow a Successful Repo Business

Dominic Clegg started Towing San Diego Inc. in 2014 with a small yard and 1 truck, it has now grown to 3 locations, 17 vehicles and over 45 employees. Dominic has been married to Leah for 20 years and they have 5 sons, Dominic Jr. (20) who now serves in the Coast Guard, Dylan (16), Devin (10), Declan (6) and Desiderio (2). Dominic served in the US Army for 14 years that included 3 combat tours. Dominic received his bachelor’s in business administration in 2015 and enjoys working out and spending all of his free time with his family. 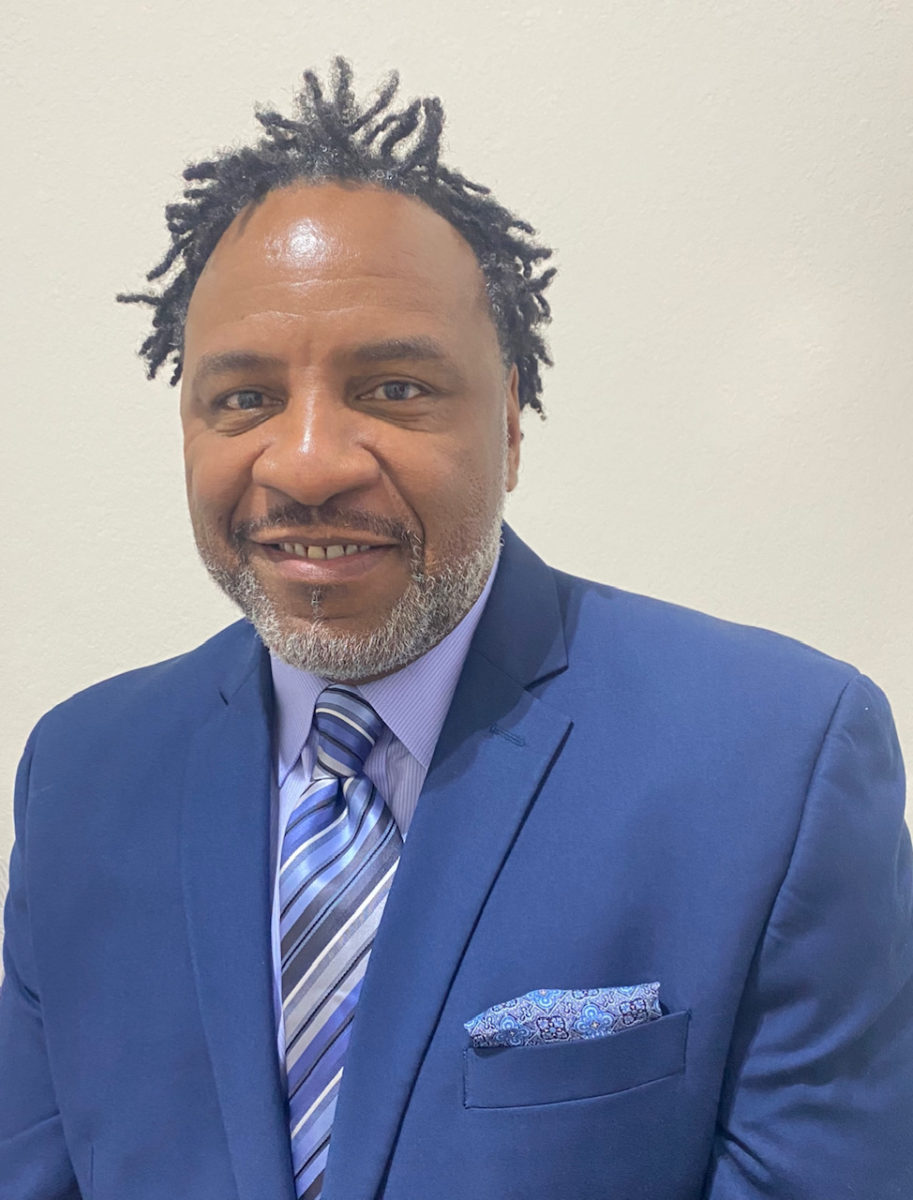 Vaughn Clemmons is the President of A.R.B., Inc in Houston, Texas.  he was born in Brooklyn, New York,  has been married for 35 years, has two kids and four grand-children. He entered the repossession industry over 36 years ago at a time when tools and helpers where used to affect repossessions, his first night out alone, he was shot at multiple times and fell in love with the industry.

After relocating to Dallas, Texas he worked for Todd Hodnett for the then ALSCO Dallas franchise, several years later he relocated to Houston, Texas and purchased the ALSCO Houston franchise where he held the top office in the nation for many years, he served on the ALSCO Board and facilitated many training seminars for other franchise owners. He has been a licensed Private Investigator for over 25 years, and holds a degree in Criminal Justice.  As the president of ARB, he has maintained his focus on improving business methods and the overall ideals of the industry he loves, while allowing room to strengthen old relationships and develop new ones, he believes he can gain perspective contrary to his own beliefs from anyone in the business, which allows him to remain adaptable in the ever changing repossession climate. In his free time, Vaughn enjoys spending time with his family, and playing a game or two of backgammon. 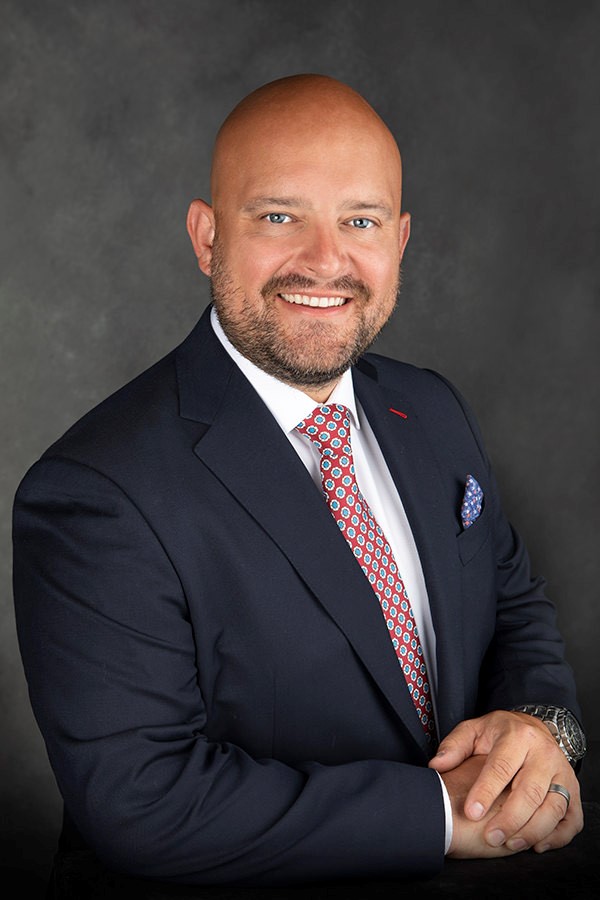 Coming from humble beginnings and leaving college to identify a trade he could make a business, James began his Auto Recovery career as a Repossessor with then DigitalDog Auto Recovery. Growing that brand name to 14 locations, and over 10 million per year in revenue as its Executive Vice President; it was the Masters Degree in Entrepreneurial Leadership he needed and 14 years well spent.

In 2014 James co-founded and later sold RepoRoute, a repossession field management platform that is still used to this day. That same year, James acquired the operations of Day Break Metro with a small staff of 5 to build upon in the heart of Silicon Valley. Now, 7 years later and serving a population of 10 million people across 15 counties, Day Break Metro, Inc employs a staff of 40 people and has grown 13x by revenue.

In that reflection, James strives to help change the repossession trade towards a new era of craftsmanship whereby employees can build a lifestyle and career they can be proud of and find the opportunity to transcend class through leadership and entrepreneurial mentorship, regardless of where they’ve started. 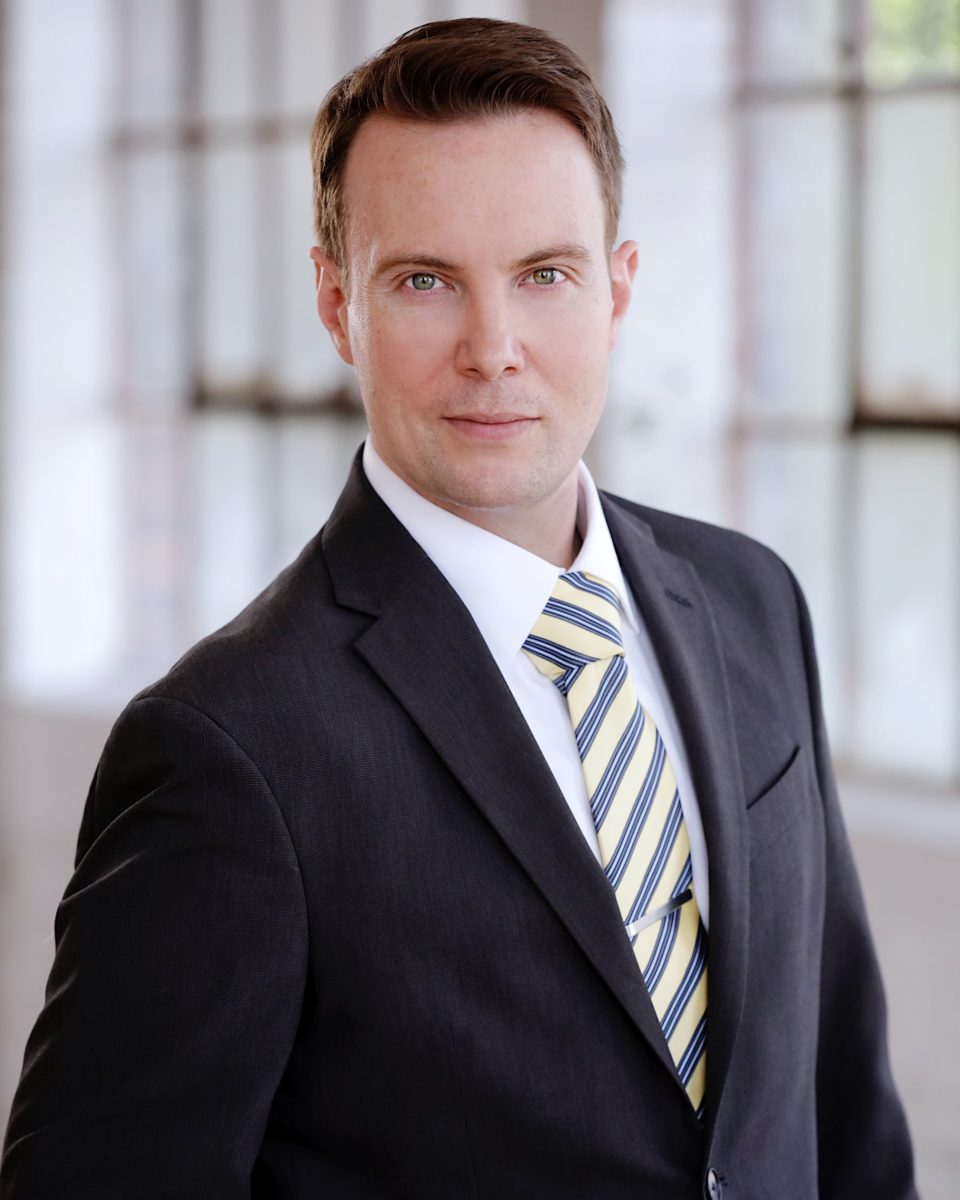 Patrick Newman is a shareholder with the Minneapolis law firm of Bassford Remele, P.A.Patrickfocuses his practice on the defense of recovery professionals, businesses, creditors, collection agencies, alternative finance companies, and other financial institutions against consumer-protection claims brought under the FDCPA, FCRA, TCPA, and other state statutes, as well as claims and investigations brought by state regulators. Patrick is experienced in complex litigation and class action lawsuits. Patrick regularly represents clients in both state and federal courts across the United States, including the bankruptcy and appellate courts. He also consults with and instructs clients on compliance with state and federal regulations. Patrick is licensed in Minnesota and Wisconsin, as well as numerous federal jurisdictions. 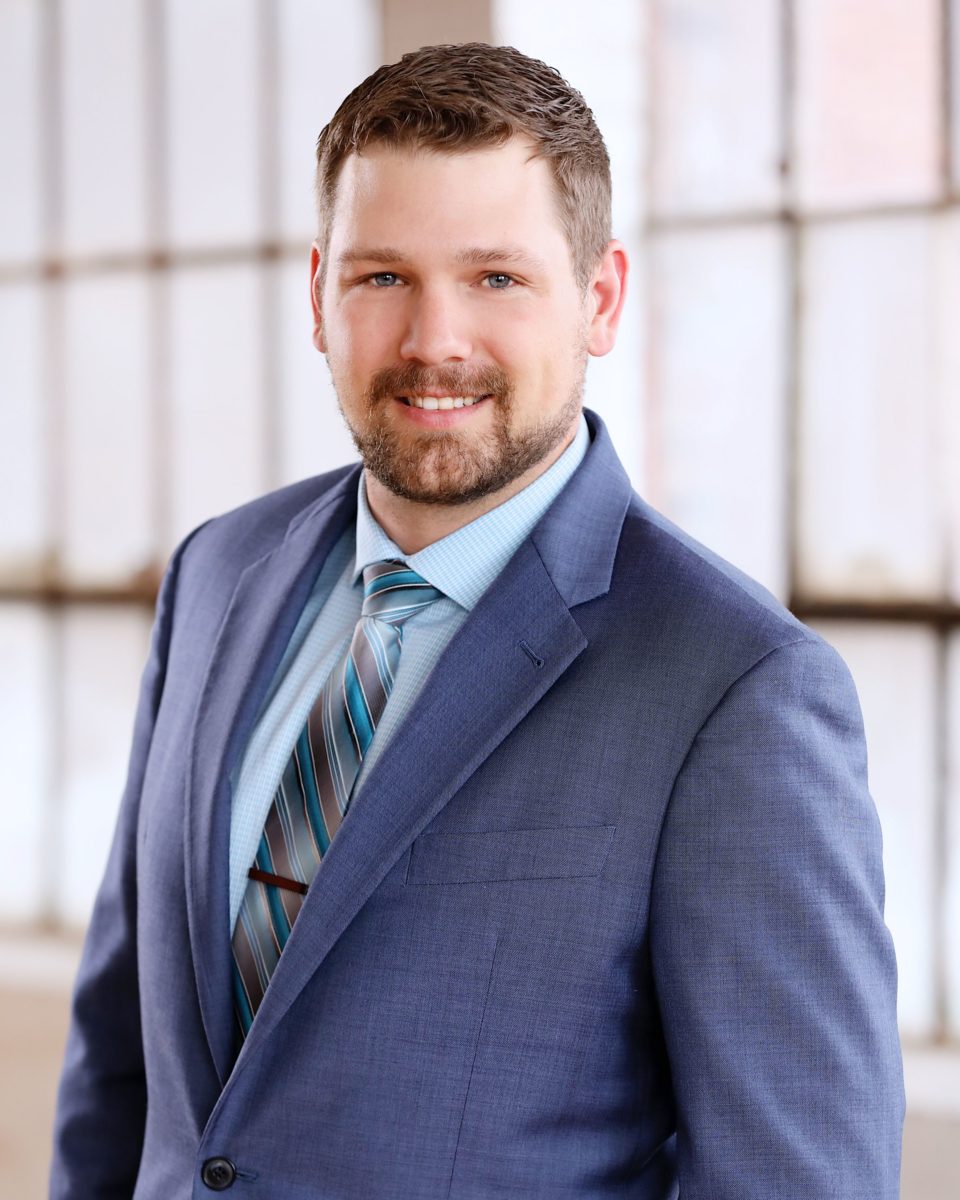 Tal Bakke is an attorney with the Minneapolis law firm of Bassford Remele, P.A.Talhas broad experience representing clients in all manner of consumer-protection litigation and compliance matters. Tal devotes a substantial portion of his practice to representing recovery professionals, businesses, collection agencies, and other financial institutions in a variety of litigation matters including claims brought under the FDCPA, FCRA, TCPA, and related state statutory and common-law claims. In addition to consumer litigation, Tal is experienced in complex commercial, construction, professional liability, and products liability litigation. He has experience representing clients at all stages of litigation from pre-suit advice and counsel through trial and appeal 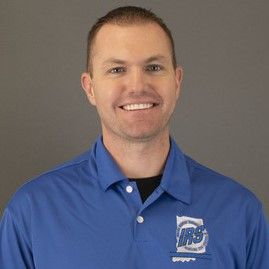 Originally from Western New York, Todd grew up in the Towing Industry working alongside his father at the family business.  In 1997, Todd began a career in Law Enforcement that spanned 16 years including a move to Indiana in 2004 to a new Police Department.  In 2011, an opportunity to purchase Indiana Recovery Services was presented.  With Todd’s knowledge of the Towing Industry and his wife Darcy’s knowledge of Business/Accounting they began this new adventure together.  Although the business started small, with only 2 trucks and 4 employees, over the course of 9 years they have tripled their business in both size and revenue.  In addition, they also have successfully added a full service Transport Division to their business plan with great success.  Today their company has 4 locations, 27 vehicles, and 45 employees.  Spanning the entire State of Indiana and Northern Kentucky, Indiana Recovery Services is noted as the largest repossession company in the State of Indiana.

Todd resides in Carmel, Indiana with his wife Darcy and their 2 youngest children.  Their oldest son actively services in the United States Marine Corps.  Whatever spare time they have is spent on their Boat in the Lake of Ozarks.